May 12, 2008 (CIDRAP News) ? South Korea's agriculture ministry yesterday confirmed a second outbreak of the H5N1 virus in the capital city of Seoul, which prompted the culling of all poultry within the city.

One of the sites, where more than 8,000 ducks and chickens were culled, was an illegal farm in southeastern Songpa-gu district where some birds had tested positive for the H5N1 virus, Xinhua, China's state news agency, reported yesterday.

On May 7, the ministry confirmed that birds at a Seoul aviary were infected with the H5N1 virus, signifying the first detection of H5N1 in the city, according to previous reports.

Kim told that AP that two other H5N1 outbreaks at poultry farms outside of Seoul were reported yesterday: one in Busan, South Korea's second largest city, and the other in Ansung. Busan is a port city on South Korea's southeastern coast, and Ansung is in Gyeonggi province, about 50 miles south of Seoul.

In related developments, health officials in South Korea announced on May 10 that the country would double its antiviral stockpile to address public concern about the risk of bird-to-human transmission in light of the rapidly spreading poultry outbreaks, Agence France-Presse (AFP) reported yesterday.

The order to increase the antiviral stockpile came from South Korea's president Lee Myung-Bak, who, according to the country's Yonhap news agency, told cabinet members, "The people are increasingly concerned about human infection of avian influenza. The government has to devise sufficient countermeasures, including expansion of antiviral flu drug imports," AFP reported.

South Korea has never recorded any human H5N1 cases or deaths; however, since 2003 nine poultry workers have tested positive for antibodies to the virus subtype. 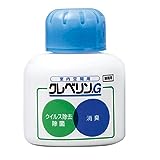 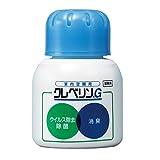